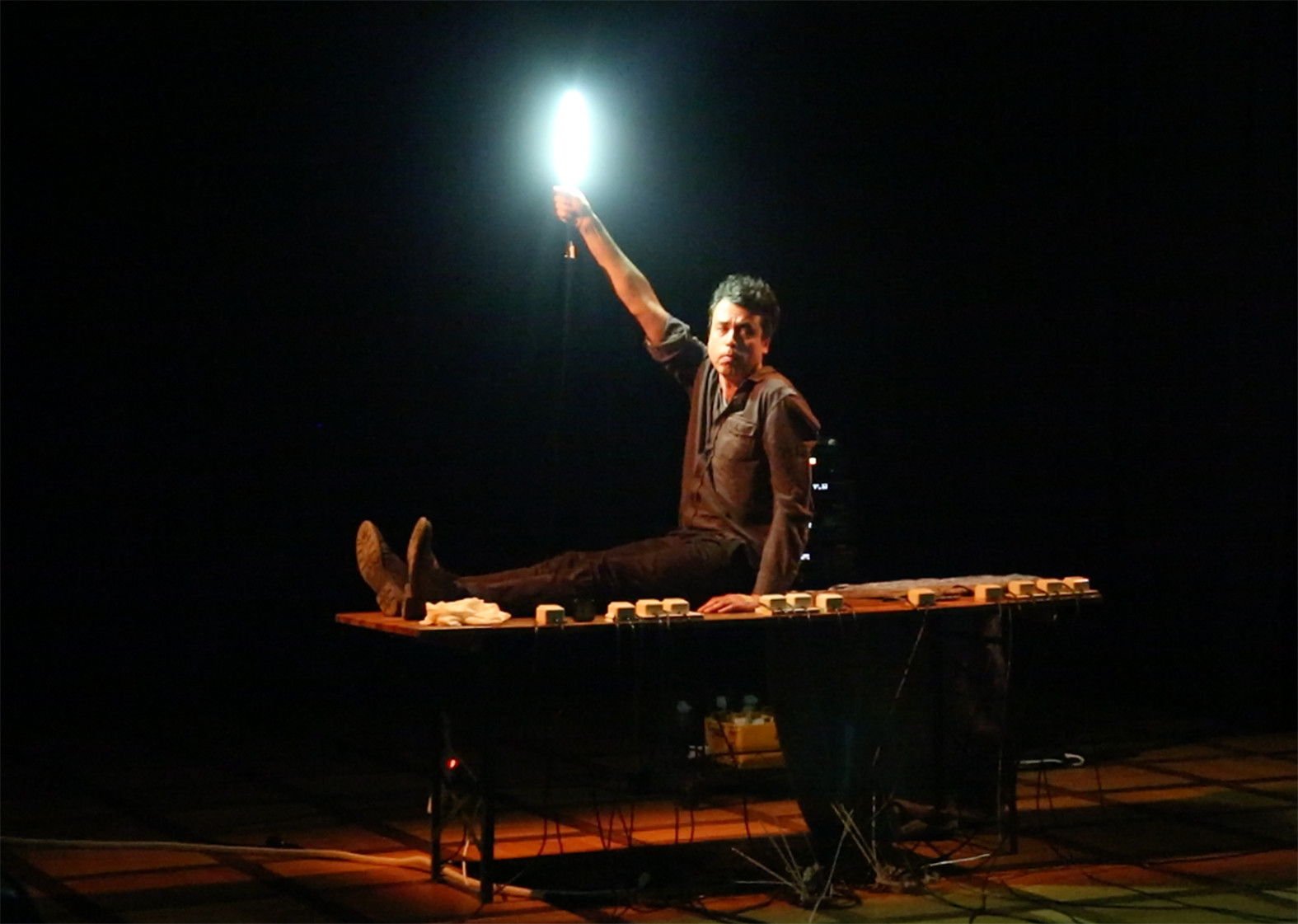 Akademie Schloss Solitude, Stuttgart / 11.11.2016
presented in the framework of the symposium: „Economies of Authorship: Ownership and Dispossession“

The enactment of deceased friends and family members is deeply rooted in the Brazilian culture. Various forms of the same basic ritual are performed to call on the ghosts of absent persons and in order to understand one’s own identity. In Brazil ghosts are considered constant companions in daily life. At the same time, ghosts and souls are also an important part of Western theatre. But they do not play the same role as in Brazil in everyday life. Ashes2Ashes is a performance in three parts about the meaning and role ghosts can play in emotional relationships in daily life and work.

The first part of the dance-performance is inspired by The Posthumous Memoirs of Brás Cubas from Machado de Assis. Cássio Diniz Santiago, a descendent of Indian and European ancestors starts telling his memoirs while staging his own death.

The second part is the portrayal of an awakening in terms of a Butoh dance, referring to a Butoh sequence created by Yoshito Ohno.

The third and main part is the personification of each of a former theatre piece created and directed by Cássio Diniz Santiago. The piece is a version of Finnegans Wake by James Joyce. This last part reveals that Ashes2Ashes is an attempt to restage the theater piece in absence of the cast and the stage design.

This performance is referring to the quote of Aldous Huxley from The Doors of Perception (1954):

“We live together, we act on, and react to, one another; but always and in all circumstances we are by ourselves. […] Sensations, feelings, insights, fancies – all these are private and, except through symbols and at second hand, incommunicable. We can pool information about experiences, but never the experiences themselves.”