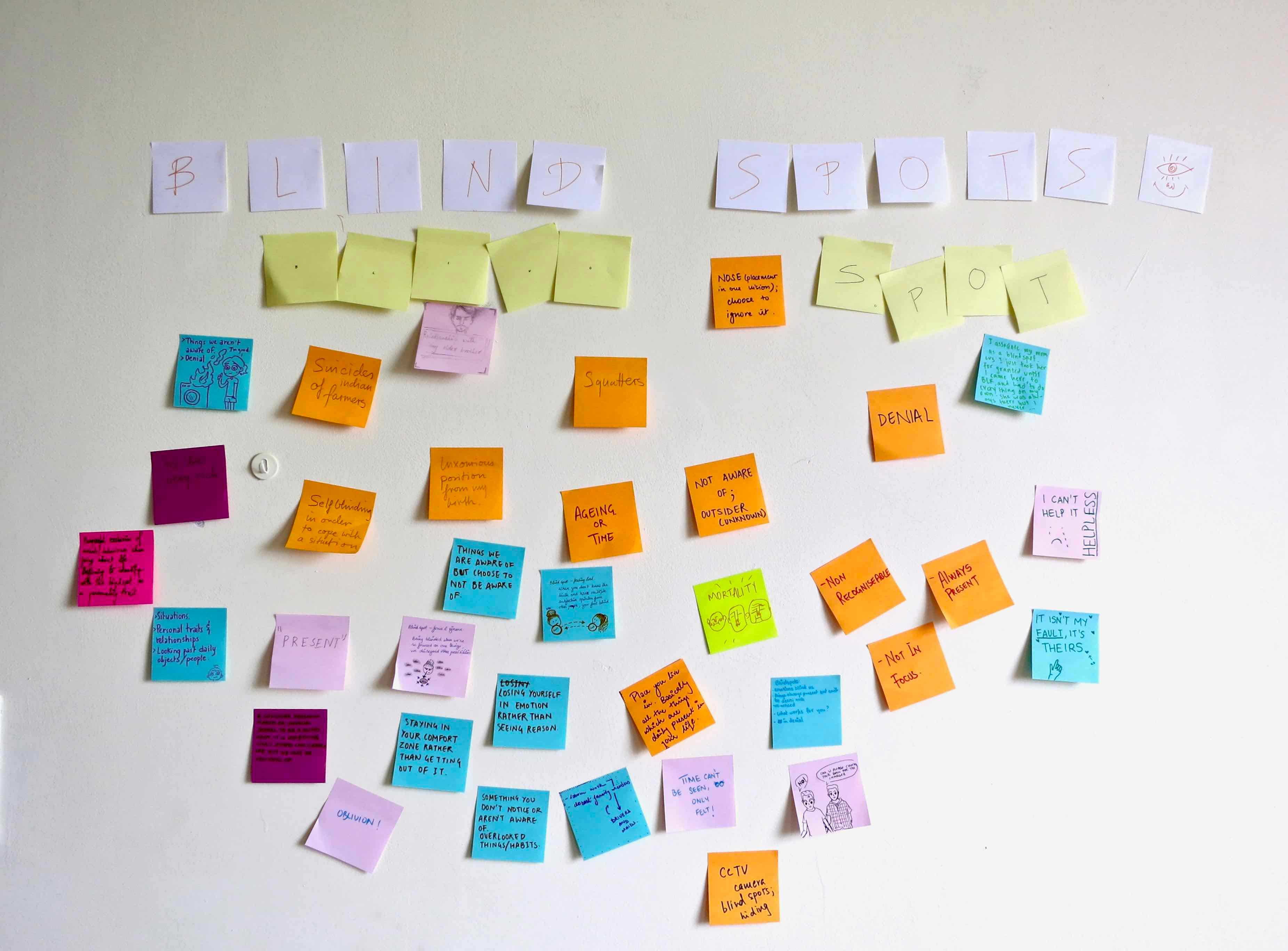 Together with the philosopher and dramaturg Nikolaus Witty, Till Wyler von Ballmoos researched the phenomenon of blindness and explored the artistic potential that blank spaces harbored with students of Srishti Institut of Art, Design & Technology in Bangalore. The goal of the workshop was to teach strategies of performative practice and to develop short site specific works.

As a result the students invented and performed ten site specific performances by exploring sight and sound about the metaphorical notion of blindness. The performances were showcased on December 1 at the film festival EXPERIMENTA 2017 and on December 14 and 15 at the Festival of Stories, Art In Transit project at Cubbon Park metro station in Bangalore.

Alongside the workshop, a blog was initiated by us and used by the students as a platform for an  internal exchange of ideas and projects and finally to share impressions with others: cargocollective.com/bats-of-bangalore/