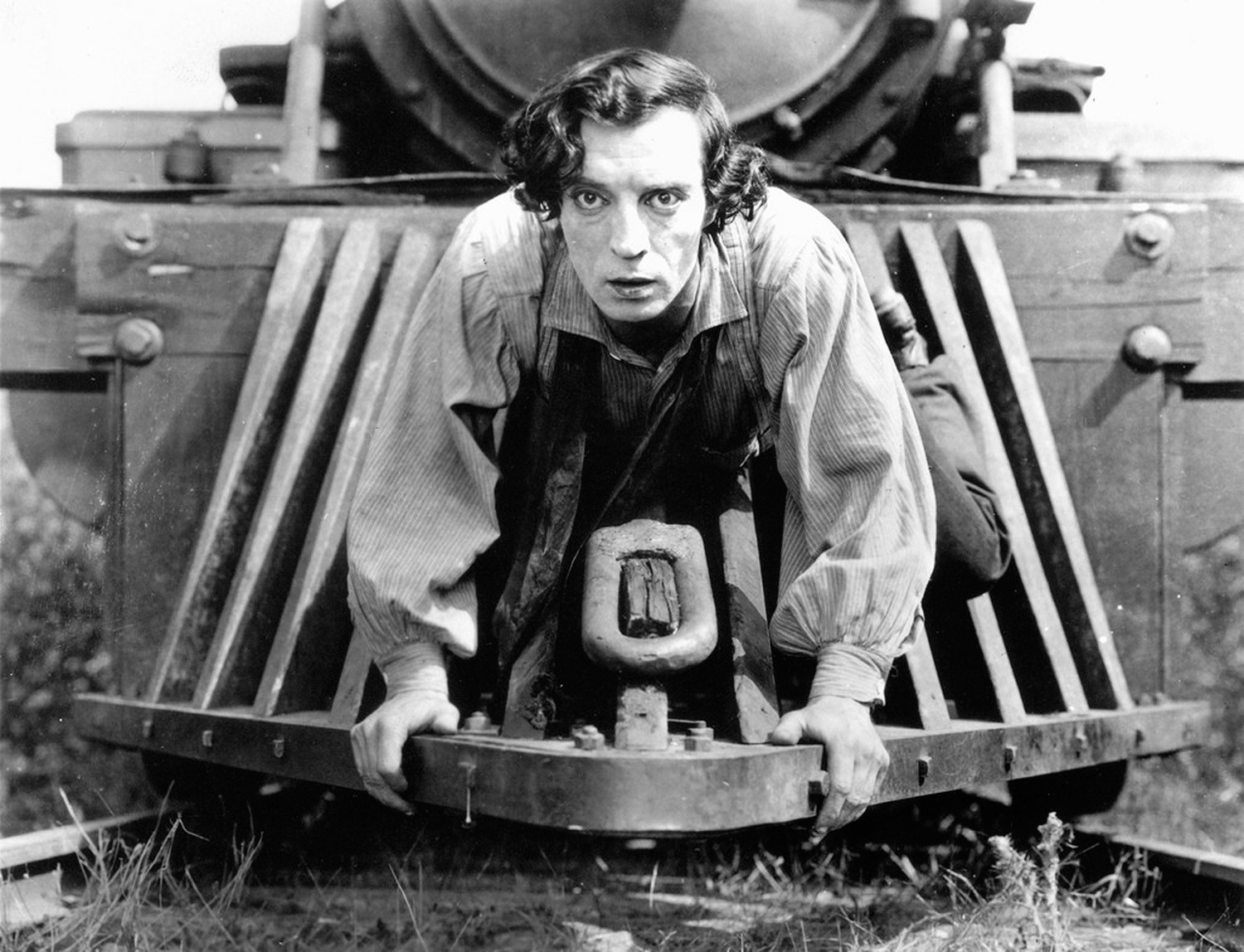 Till Wyler from Ballmoos and Markus Lauterburg play live improvisations and compositions to his cinematic masterpieces. Their music does not only take up the grotesque situations and bizarre ideas of Buster Keaton, but also revives the poetic and tragic scenes in their complexity. Through the continuous work an own musical language developed, which uses and develops the different possibilities of classical film music. The music works with means of Mickey-Mousing, atmospheric sound collages and conceptional improvisations on selected scenes.
«The General» premiered on January 21. 2002 at the WIM Festival in Bern. In the following years the two musicians worked the music for more films by Buster Keaton: “Spite Marriage”, “The Cameraman”, “Sherlock Jr.”, “Go West” and some of his short films. In addition to several film and jazz festivals the duo played over 100 performances in cinemas all over Switzerland.