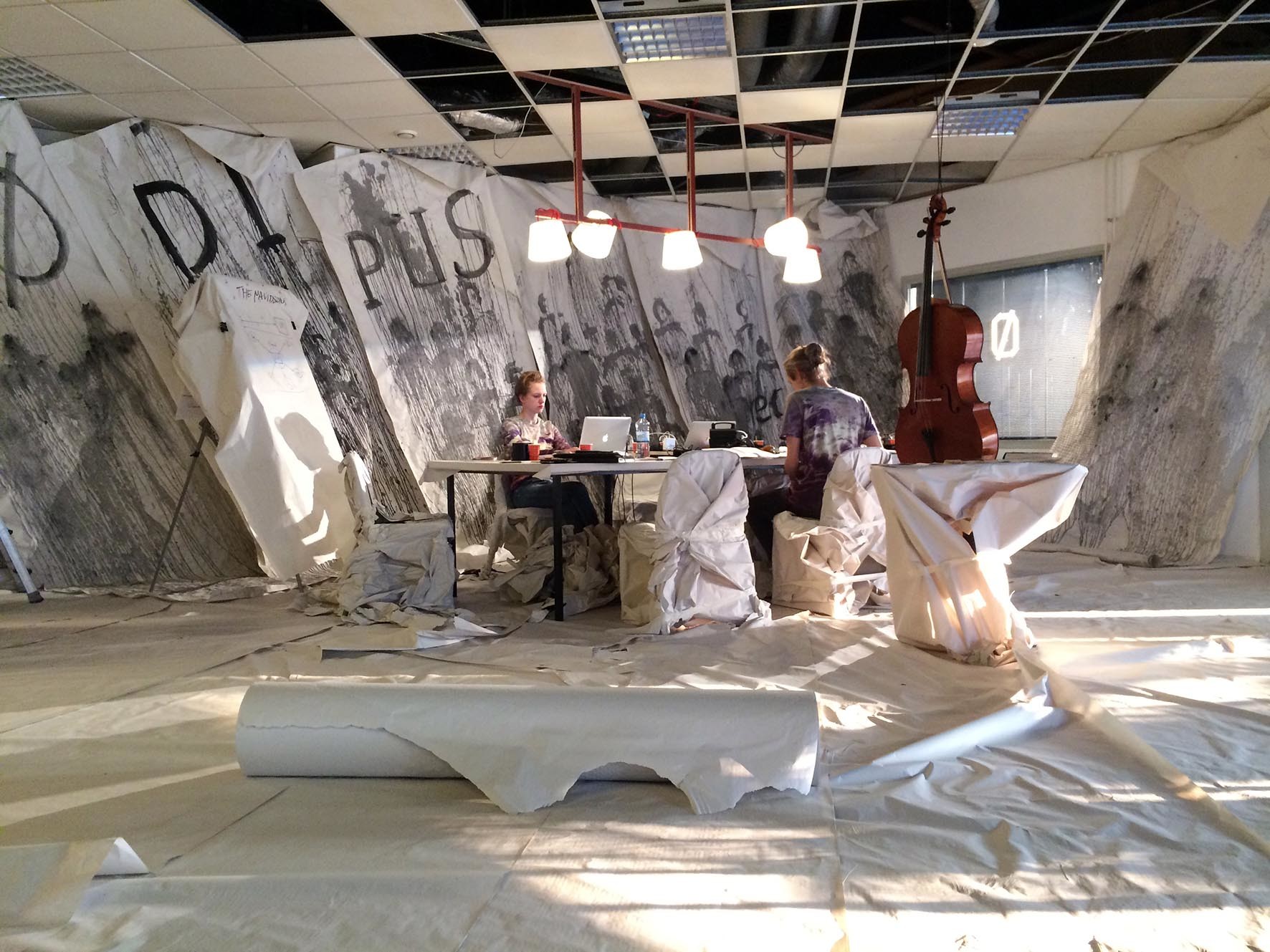 Artistic intervention and performance for Operadagen 2018

The artist group THE NAVDISONS met during the Operadagen 2018 in Rotterdam to develop their present production Ødipus REC. within the frame of an Open-Guerilla-Workstation. The publicly accessible platform made visible and audible what takes place conventionally behind the scenes, in protected environments, where an exchange of ideas, reflections and critic is not possible. THE NAVIDSONS opened their working process for interested visitors and other contributors by starting a dialogue about the metaphorical meaning of blindness, about the planned staging, presenting fragments of the composition and text.

This Workstation is a development of ideas of commoning and co-creation devised from the production THE NAVIDSON RECORDS  (UA: Biennale München 2016). As part of the festival, the action is also an artistic statement about a world that is increasingly moving into protectionist, anti-democratic, opaque structures which intend to abolish the diversity of interests and to prevent access to open spaces.